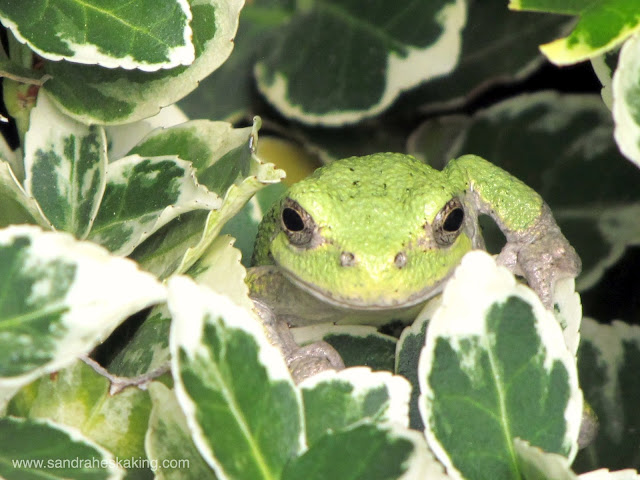 I know something’s up when the usher hands me a scrap of green ribbon.

It’s not like our pastor hasn’t told us to expect the unexpected. That’s the title of this month’s sermon series, after all. And he believes in fun.

I’m hoping this is fun.

We find a seat front and center, our usual area. I glance at the bulletin, but there’s no printed order of worship. No to-do’s to check off.

The Hawaiian bread and goblets are set out for communion.

Our pastor picks up his guitar, and we’re instructed to move from our seats–out of our comfort zones–and find our color of ribbon taped to another pew. I end up way in the back, grateful to sit next to someone I know.

We sing another song.

Then our pastor moves to the pulpit, and now I realize that I’m “stuck” in the back while my papers and notes are strewn across the third row and my purse is tucked under the second pew. I reach for the last three offering envelopes.

He talks about Gideon today, him trying to thresh his wheat in a winepress for fear of the Midianites pressing in around him. He’s down there just trying to hang on to his harvest.

Just trying to hang on to his stuff.

Just trying to hang on.

But he can’t hide from God.

Gideon’s not expecting the angel of the Lord to show up. He’s certainly not expecting to be called a mighty warrior, him from the weakest family of his tribe, him the least in his father’s house. The insignificant. The weakest of the weak. Him in the winepress with his insides squished with fear.

“The Lord is with you,” the angel tells Gideon. “Go in this, your strength, God in you, and defeat the Midianites.”

This call to defeat an enemy as destructive as a horde of locusts is the last thing he expected.

It takes a bit of whining, but Gideon ultimately accepts the assignment.

Pastor gives a little back story, I think, and then picks up a phone. He tells the rest from Gideon’s commander’s point of view.

“You want me to do what, General? Um, okay. Say guys. Any of you scared? Well then, you need to go home. Oh dear. General? We’ve lost more than two-thirds of our troops. We only have about ten thousand left. Excuse me? You sure? [Sigh…] Okay, you boys who are left, General Gideon thinks you might be thirsty. He wants you to go down to the water and drink. They’re drinking now, General. Sir? All right, then. Guys, you who who got down on your knees to drink with your face to the water, stand over here. And those of you who scooped water with your hands and lapped it like a dog, stand here. One, two, three . . .  Yes, sir. We have three hundred dogs and the rest are kneelers. I beg your pardon? Um, okay. Guys, we’re going with the dogs. The rest of you go on home. By the way, General, I . . . what? You’re joking, right? You’re not? Are you sure that’s what God said? Well, I guess, if He said so. One more thing, guys. You won’t need your shields or your swords. If you’ll just head over to the equipment tent, Joseph there will pass out a torch and a jar and a trumpet to each of you. Yeah, no, you won’t need any weapons. Um, General? Sir? Did I mention that I kneel to drink?”

That’s kind of how our pastor tells it. I’m a bit distracted wondering if I turned my cell phone off that’s in my purse several rows up. (I’ve since lost those folded-up, noted-covered envelopes, so I’m going by memory here. And this was a week ago.)

The whole story is crazy. But that’s how God rolls. He specializes in the crazy, the outlandish, the missions impossible, the totally unexpected. He calls us to hold our torches high and watch Him turn our enemies on each other.

He uses the weakest of the weak.

He asks us to become weak.

Because in our weakness, we’re the strongest.

Even Paul saw that. He had a thorn, some handicap that he begged God to remove. But God told him: “My grace is enough. It’s all you need. My strength comes into its own in your weakness.”

And then Paul writes, “Once I heard that, I was glad to let it happen. I quit focusing on the handicap and began appreciating the gift. It was a case of Christ’s strength moving in on my weakness. Now I take limitations in stride, and with good cheer, these limitations that cut me down to size–abuse, accidents, opposition, bad breaks. I just let Christ take over! And so the weaker I get, the stronger I become.” ~2 Corinthians 12:9-10 (Message)

Paul knew the power of the unexpected, and . . .

I’m wondering if he and Gideon have spent time talking about those old unexpected days.