The parsley and the basil roots pant for water as they bake in their biodegradable pots.

I meant to sink them deep long before this.

And the geranium 6-pack baskets, bought over a month ago when spring exploded early? 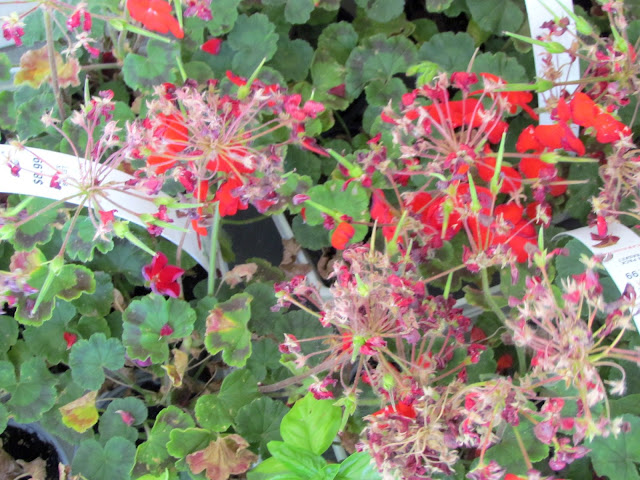 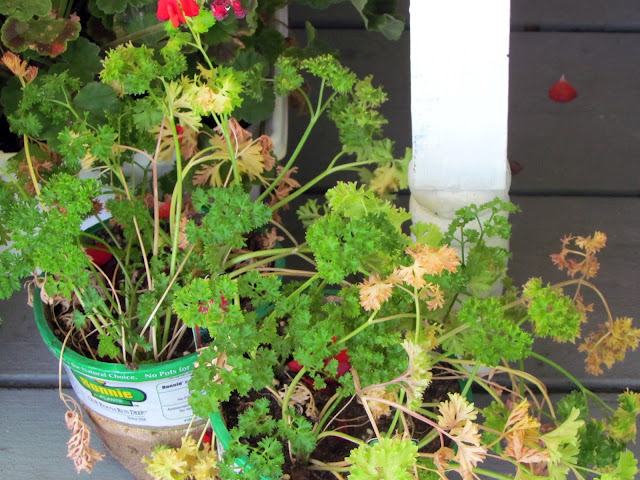 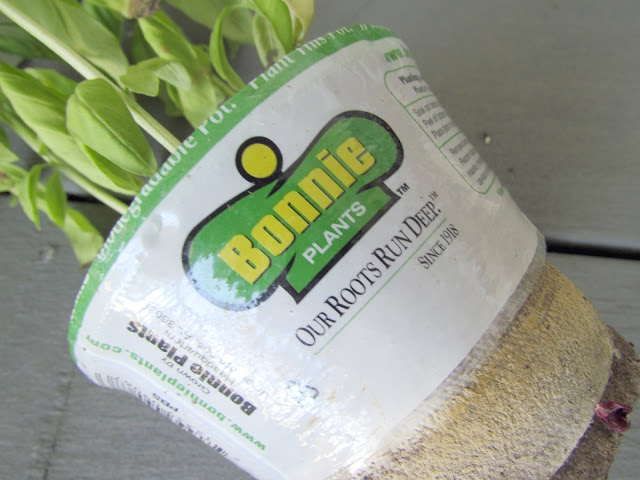 I need perennials. Plants that thrive and spread on neglect and lack of touch-me love.

But that’s not so with relationships.

Relationships need time and attention and lots of touch-me love. Or they’ll shrivel up and die.

But when we die to self and our own agenda, when we sacrifice our basil, relationships bloom.

So the plants will have to hang on a bit longer (or not) because I’m heading north to where my roots run deep. I’m going home for Father’s Day. Where we’ll bake in the heat at a small-town air show.

He just turned 85 and has had two traumatic brain bleeds in the last year (one requiring surgery), and even now has two small ones discovered on a followup scan. Our brains become more fragile as we age, the doctor says, and it doesn’t take much–even a hard cough or sneeze–to trigger one.

I wonder how many of us could be walking around while we ooze a little.

But the reality is every moment is the last moment.

Each one is one-and-only, a last-one-forever.

He was here yesterday, too, and they had to park way down and use the shuttle. But the shuttle bounced and jostled over ruts and bumps, and we want to protect his head (and I think I’d like to protect mine, too), so Sissy is assertive about parking close and avoiding that ride.

We carry chairs a short distance and turn our eyes to the sky. 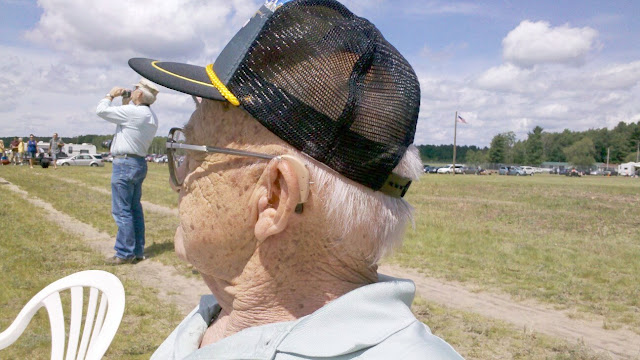 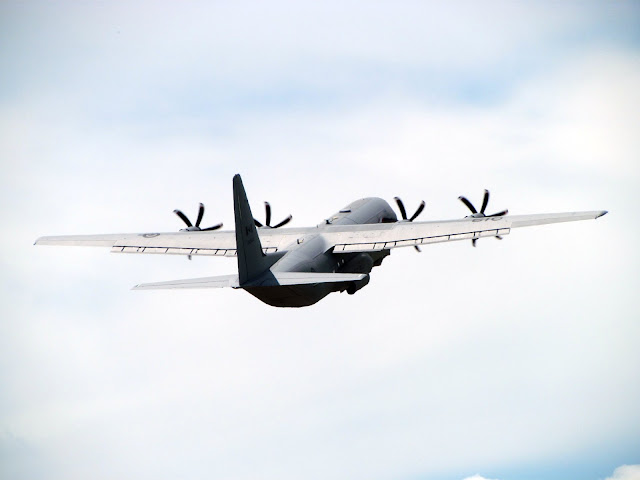 My dad would have loved to fly a plane, but his congenital nystagmus kept him out of every service but the Civil Air Patrol.

Life bleeds disappointments, and I ache for him. For that and for how he’s always wanted to go to Alaska and Australia and how unlikely it is that those trips will happen. I grieve for his newly widower state, and I think of him during those last hours as I stood in the room’s doorway and watched him stroke my unconscious mom’s arm with one hand and gently cup her neck with the other. And how he held out hope until the very end. And how he emailed me the morning of what would have been their 65th anniversary that the first thing he planned to do was go to the cemetery.

I think of a God who stretched the skies and suspended this sphere into nothingness and how he cups us in our disappointments.

Of how hope never disappoints.

Of how His love never quits.

A few years ago, my mom and sister surprised Dad with a ride in a B-something bomber. And today we plan to take a short helicopter ride. But right now we crane our necks upward to marvel at loops and dips and dives, at spiraled colors and at love written in the sky.

And I didn’t realize I’d snagged the seagull until later, looking strangely like a dove of peace flying straight into the heart. 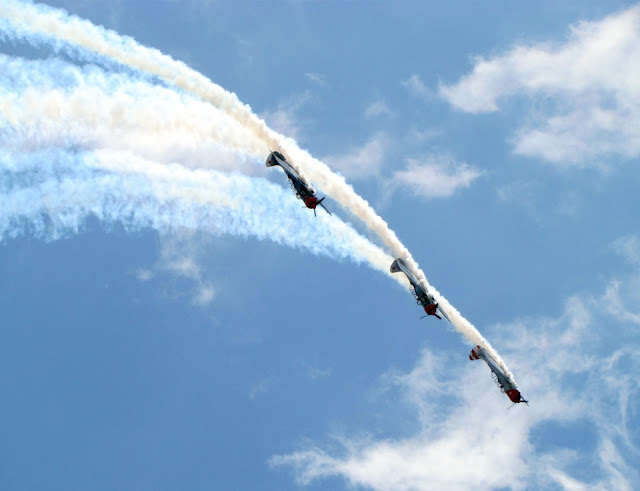 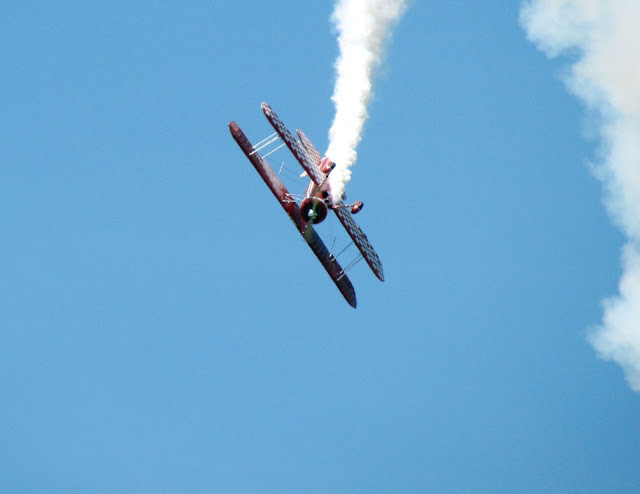 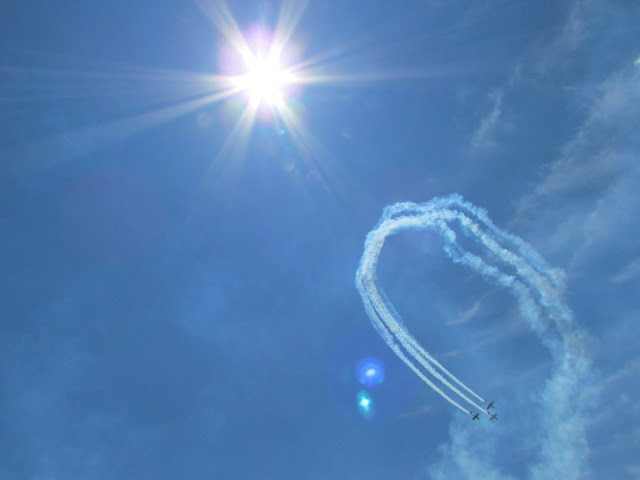 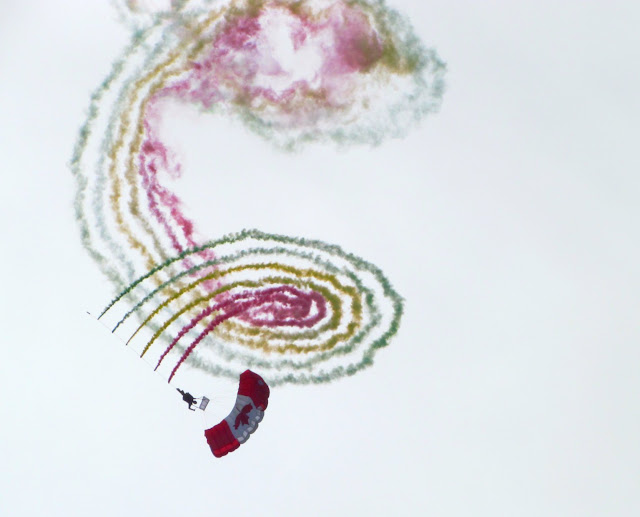 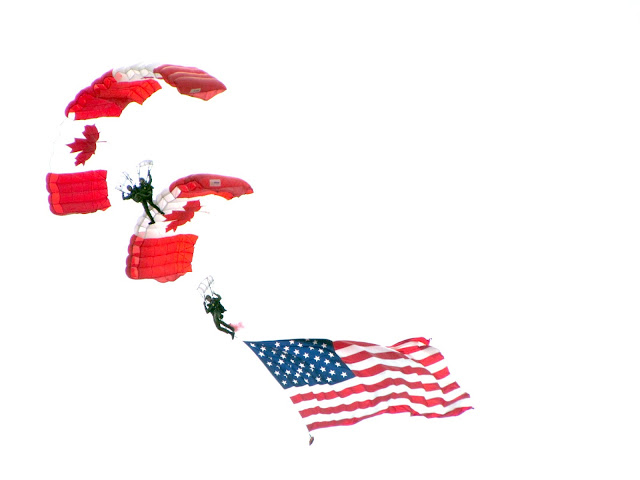 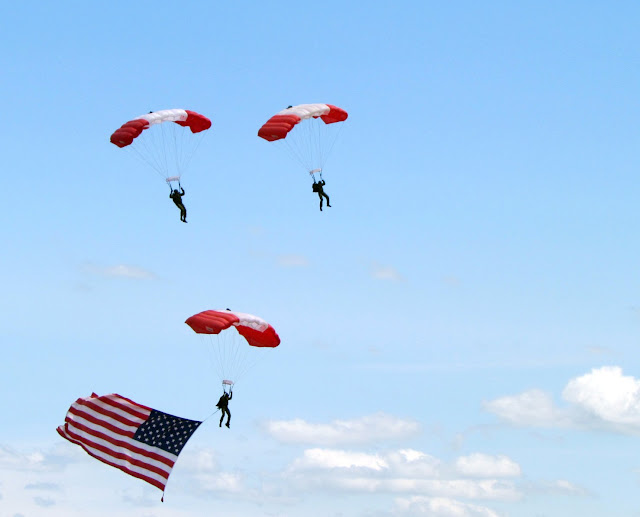 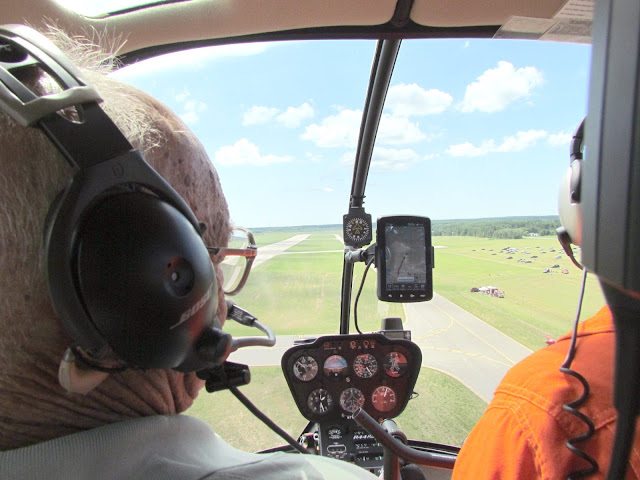 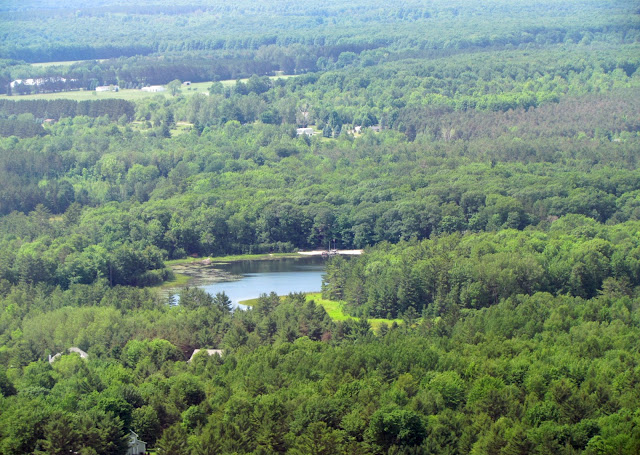 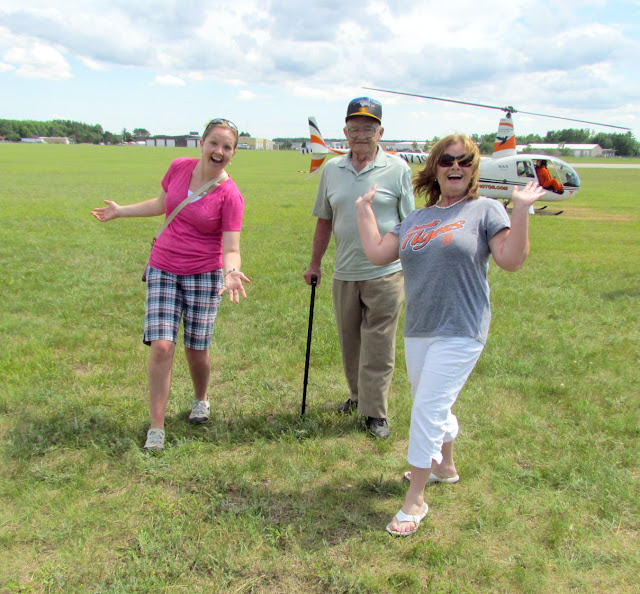 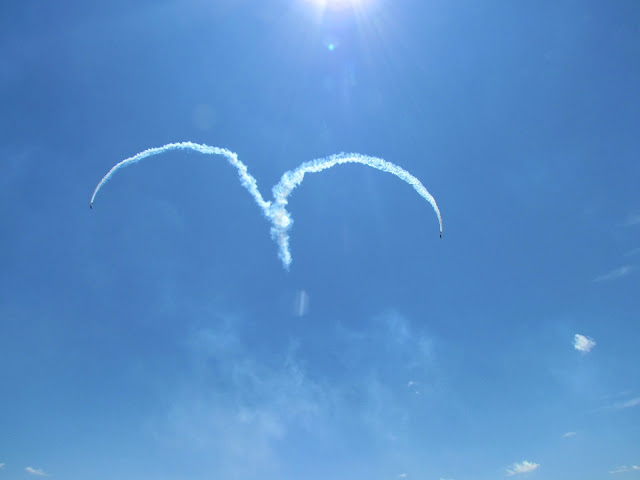 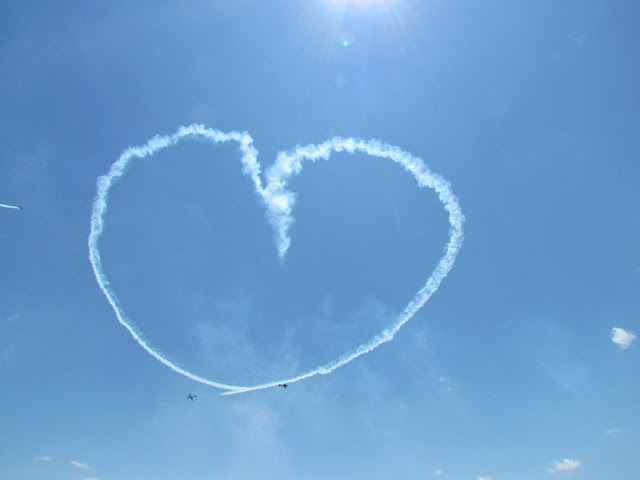 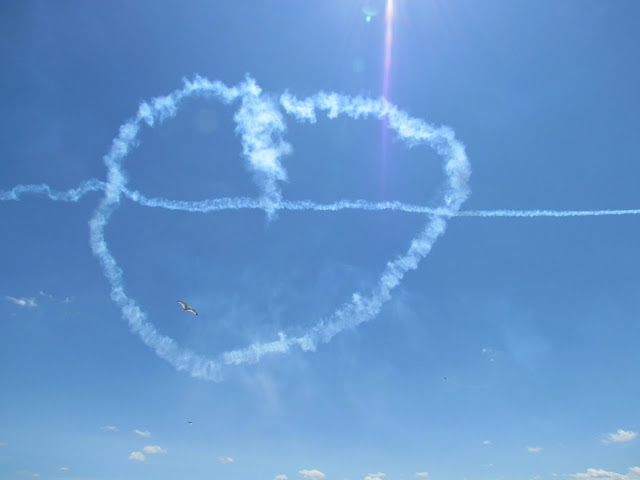 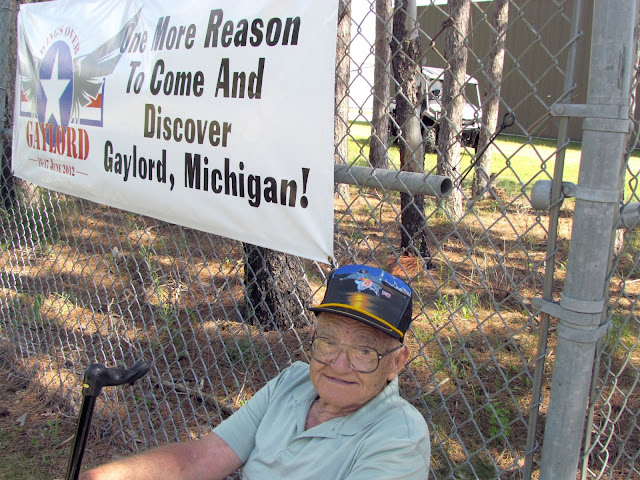 Soar high in the skies, O God! Cover the whole earth with your glory! ~Psalm 57:5 (Message)