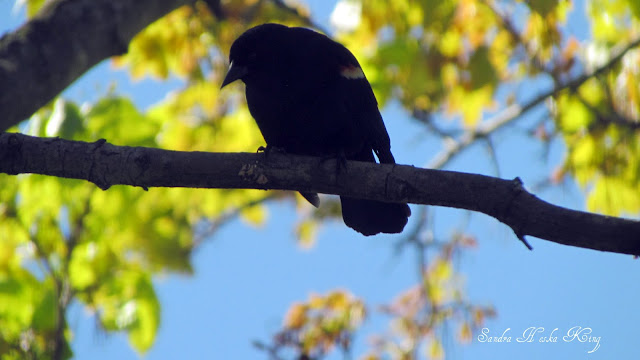 We’re on the way to school, and I tell Grace how Great-Grandpa is home and can’t drive and is lonesome since Great-Grandma died. I tell her how he likes us to call, to hear our voices.

He answers on the second ring, and I say hi and hang on and quick hand the phone to Grace, but she shakes her head.

And she shakes her head harder, reminds me of  a vibrating washing machine.

I can hear him talking in the distance, but she still refuses to take the phone.

So I put it to my ear and tell him that she’s too embarrassed or something to talk, and we chat, and he tells me how he might take his cane and walk over to the Diocese to see my sister. “It’s not that far,” he says. “Don’t worry.”

He hates not being able to drive right now.

We chat a minute more, and I tell him I’m driving and need both hands, and he chides me for talking on the phone while I drive.

So we say goodbye, and I turn to Grace.

“Why wouldn’t you talk?”

She shrugs and looks out the window. “I was afraid.”

“Afraid? Afraid of your Grandpa? He’s not scary. He loves to talk to you.”

She’s silent a moment and then says, “Not scary afraid. Worried afraid.”

“Worried? What are you worried about?”

“That something will happen to him.”

“You’re worried that something will happen to him, so that’s why you didn’t want to talk to him?”

She nods, and I’m quiet a moment, thinking.

“You know, something will happen to Grandpa someday. One day he’ll wave goodbye to this earth and hug Grandma hello. And we don’t know when that will be. But I don’t think you’d want to regret not being able to say goodbye, would you?”

She shakes her head.

“And so next time you’ll say hello, right?”

She nods hard, and smiles big.

Writing in community today with Lisa Jo, the Gypsy Mama, for five minutes on the prompt of Good-Bye.