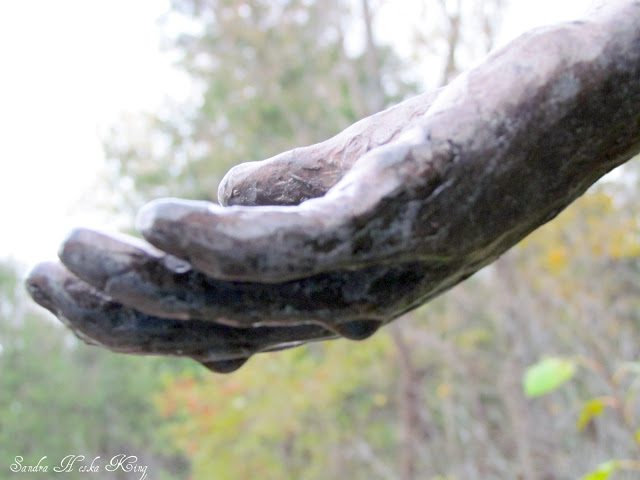 I came home for a couple days of grandgirl duty because my husband had to go out of town.

He didn’t greet me, and I didn’t see him under the dining room table.

I knew right away.

He jumped down from the dresser and trotted out when I opened the door.

I knew it had been a while.

I crawled around, sniffed the rugs, and buried my nose in Grace’s strewn clothes.

Then I dragged the mattress out into the rain.

The one we had to have specially made for the antique bed that belonged to my mother-in-law.

The one specially made for her.

I left to get Grace from school.

The wind picked up.

We dodged a branch that had its sights set on the car hood.

We watched an explosion of fireworks dance along the power line near the old barn across the road.

By the door where round bales of hay lay in wait.

We stopped at my daughter’s so Grace could get clothes for the next day, but she ran back down the steps and said she wasn’t going in.

The house was trying to fall apart.

At least the siding.

At home, two trees lay shattered, limbs scattered, victims of my son’s chainsaw, not the wind.

I know they were close to the fence and practically dead (or dying) on their own, but I loved them.

The birds loved them, and they were good frames for field photos.

My plants over the sink were wilted and yellowed and brown and brittle.

I threw them out.

Including my African violet.

I noted the layer of dust along the windowsill and the film of cobweb from sill to coffeepot.

And Grace left her listening ears at school.

It was all it took to pop the cork for a good cry.

Consider it a sheer gift, friends, when tests and challenges come at you from all sides. You know that under pressure, your faith-life is forced into the open and shows its true colors. So don’t try to get out of anything prematurely. Let it do its work so you become mature and well-developed, not deficient in any way. ~James 1:1-3 (Message)