Maple Hill saw lots of activity this past week. Sprucing up. Decorating.

The cemetery is awash in flags. The American Legion places them on the graves of veterans every year.

There’s been activity there since early this morning, too. Entry flags hung and raised to half staff. Preparations for memorial service.

I took a slow drive through. 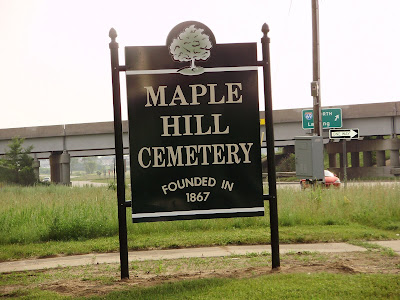 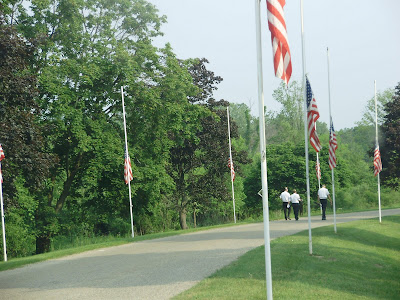 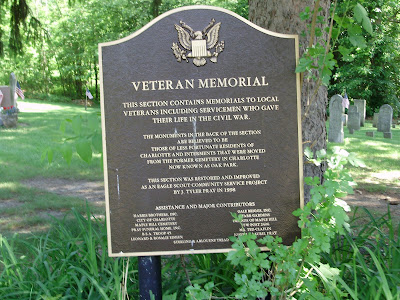 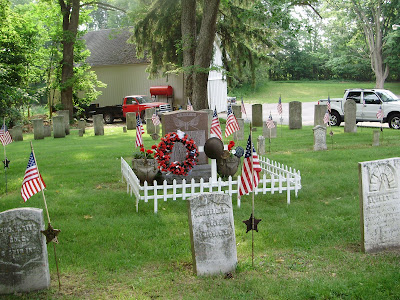 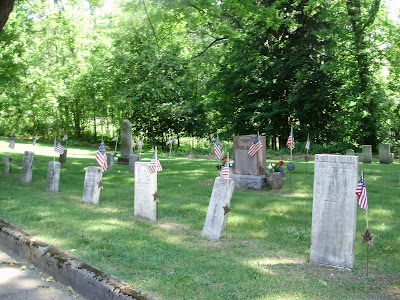 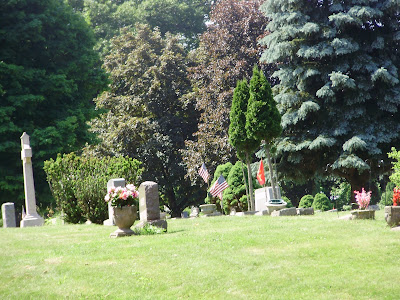 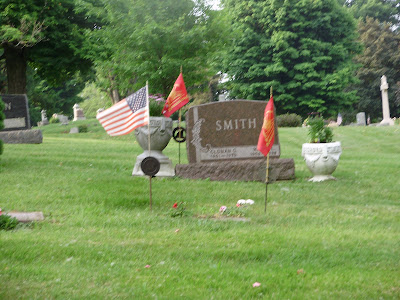 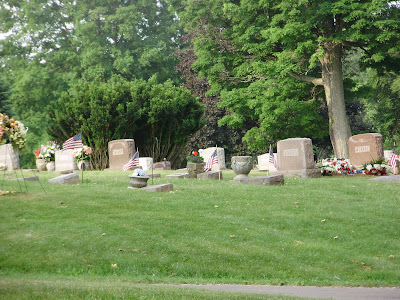 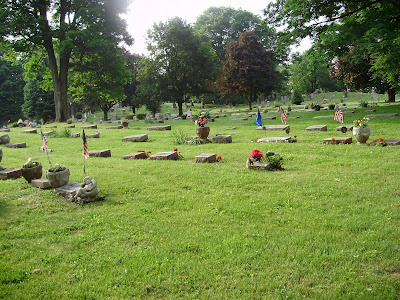 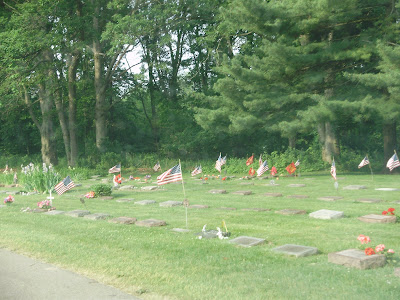 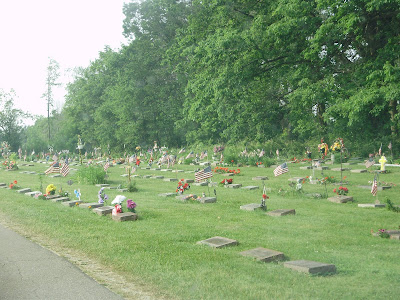 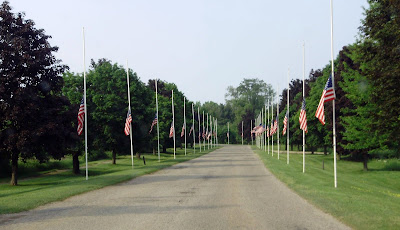 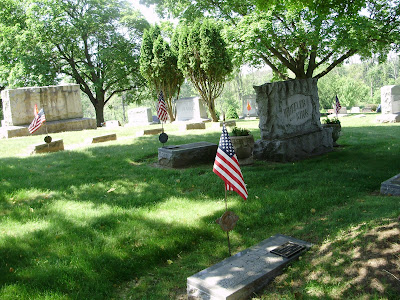 My husband and I especially honor his uncles today whose flags fly here.

Uncle Bob Ladd (Lt Col) served with the Air Force in World War II and Korea as a bombardier/navigator. He also served in Vietnam and the Pentagon.

Uncle Kenneth King served as a pharmacist’s mate aboard a Navy battleship in World War II. Because “loose lips sink ships,” he wrote that his ship had “as many guns as the Shumaker’s have kids.” That meant a dozen.

Great Uncle Irvin Greenawalt served in the Army in World War I. He was killed in France. 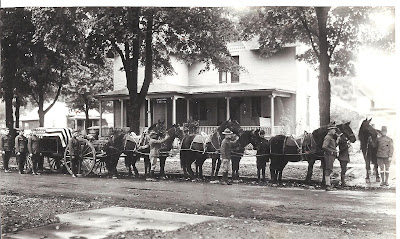