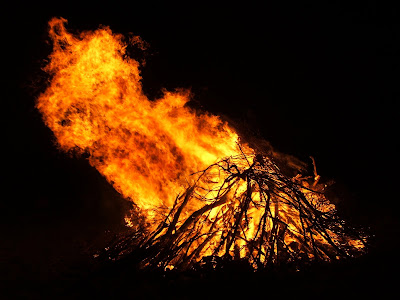 And pinches if you don’t celebrate “properly.”

But maybe we should instead celebrate vision. Perception. A way of looking at life. A way of reaching up and out. A willingness to risk a pinch.

When he was about 16, Irish raiders kidnapped Patrick from his family’s farm in Britain, took him back to Ireland, and forced him into slavery. He worked as a shepherd and grew deep in faith during those years alone. About five years later, he apparently received a vision to run for the coast where he would find a way to escape. He returned home only to have another vision–a call back to the land of his imprisonment. A call to set his captors free. A call to spread the gospel in a foreign land. A vision worth a pinch.

“Be Thou My Vision,” the beautiful Irish hymn, has its roots in an ancient Irish poem possibly written by Dallan Forgaill, a 6th century martyr. Mary E. Byrne translated the old Irish in 1905, and Eleanor Hull set it in verses in 1912. The medieval folksong, Slane, named after the Hill of Slane, carries the lyrics. Now we connect this hymn to St. Patrick’s vision and to a flame that once burned, possibly on this hill.

Side Note: I find it interesting that Slane (Baile Shlaine) means “homestead of fullness.”

Tradition says that in 433 A.D., Patrick risked a pinch when he lit a paschal fire on the Hill of Shane. In doing so, he openly defied a decree that outlawed any fires in the vicinity of the great festival fire lit at nearby Tara to honor the spring equinox. This infuriated the king who could have killed Patrick, but the king was apparently so struck by Patrick’s courage and commitment, and perhaps eloquent preaching, he allowed him to continue his missionary work.

Patrick had a vision, an inner flame that allowed him to rise from adversity, to use the flames of adversity to light a flame for the Light.

Do you have a vision? Would you “risk a pinch for it”?

” . . . I saw the Lord sitting on a throne, lofty and exalted with the train of His robe filling the temple.” Isaiah 6:1 (NASB)