I’ve been thinking about Noah’s ark and writing. 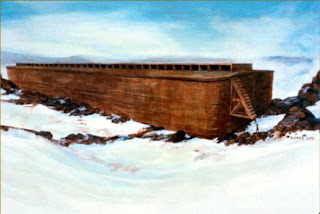 A handful of characters shut into a setting and set asea. A few conflicts tossed in to stir up noise and smell up the place. A window for the reader to observe the action. And finally, the story comes to rest. The author opens the door and lets the characters out, maybe to eventually be shut up in another setting.

Noah built the ark in three levels. As I study this fiction thing, I see that authors often build in threes. 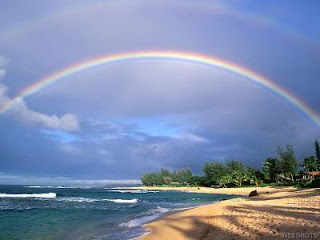 I’ve also been thinking about character arc–how a character grows during a story, either changes or realizes affirmation. Kind of reminds me of a rainbow. Like Noah, minding his own business, doing whatever Noah did until he got “the call.” Challenge and conflict set in motion. A life storm. Rising tension. And then the bright colors of resolution and promise at the end of the storm.

And in my study, I found this article and inspiring video on Steadfast Main Characters.

Can you think of any analogies between writing and Noah’s ark?
Copyright © 2009 by Sandra Heska King