Dennis and Sandy King married and flew to San Francisco for their honeymoon (12/05-12/13). 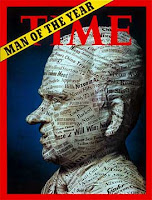 Richard Nixon was president and Time’s Man of the Year.

The last televised cigarette advertisement aired on the Tonight Show.
One of the earliest appeared in 1949–the year of my birth.

And just a couple of my favorites

Song of the year

Tide and a new Speed Queen washer took care of 3-year-old Bradley’s dirty shirt.
Woolite safely soaked pants and other fine washables clean in 3 minutes.
Uphill, the engine of the Datsun 1200 Sports Coupe generated such instant pep, you wouldn’t hold up a line of angry cars.
You could take a quiet break with a Ford LTD.
You could get an 8 cents off coupon for Easy Off Oven Cleaner.

Sources
The Year That Was
1971 Remember When

Those were the days!