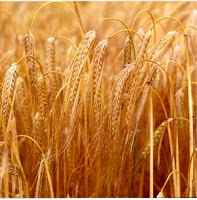 BARLEYNESS
I know.  Not a word.  But I needed to go with the B flow.

Questions:  Have you ever experienced any “just happenings?”  Do you believe God can bring spring out of your winter?

BLESSEDNESS
Boaz took Ruth as his wife, and she conceived and birthed a son.  Perhaps Naomi served as midwife.  The neighbor women blessed God and rejoiced with Naomi that she had been redeemed.  And that she held in her arms one who would restore her life, bring back her vitality, and help care for her in her old age.  They said, “A son has been born to Naomi,” and they, the neighbor ladies, named him Obed, which meant, “serving.”

I didn’t quite get that.  Ruth experienced morning sickness.  Ruth’s back ached.  Ruth went through labor.  Yet it was Naomi’s baby?  Maybe there’s more to it, but  remember that Ruth clung to Naomi (1:14).  The Hebrew for “clung” is the same word translated “cleave” in Genesis 2:24 where a man and woman become one flesh.  These women were stuck like glue.  One.  And Ruth made a covenant declaration.  What’s mine is thine.

Little did she know.

Question:  Have you been blessed in spite of, or in the midst of, despair?  Are you touching a life that might one day touch the world?

BREATHLESSNESS
I wonder if Obed’s other grandmother lived to see him.  I wonder if he knew her.  I wonder if the grandmothers talked and shared stories over a cup of tea.  If they caught their breath as they shared God sightings and God moments.

The Bible often leaves me breathless.  Like in Ruth 1:12.  Naomi said, “If I had hope...”  Naomi did not feel very hopeful about having either another husband or more sons.  She didn’t feel very hopeful about her future at all.  The Hebrew word for hope here is “tiqvah,” and it’s the first time it’s translated “hope.”  The word “tiqvah” is first used in Joshua 2:18, but there it is translated “cord.”  Boaz’s mother, Obed’s grandmother, Rahab, the Gentile harlot named in the genealogy of Jesus, tied a scarlet cord in the window, and she and her family were spared when the walls of Jericho fell.

Hang on to that cord.  A cord of hope that connects us to Hope.  Hope for redemption.  Hope for restoration.  Hope for renewal.  Hope for blessings and a new story in the midst of famine and pain and brokeness.  The thread, the cord, that runs throughout the pages of scripture.

Scriptures to read:  Ruth, Joshua 2, Deuteronomy 25:5-10
Look up “hope” in the Blue Letter Bible.  Be sure the version (range option) is KJV or NASB.