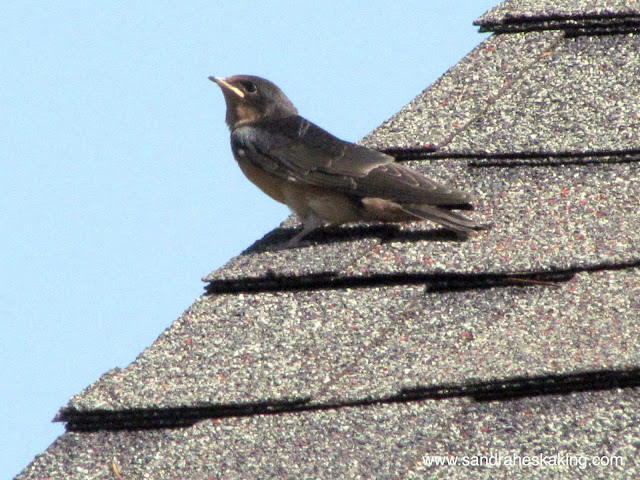 I’m on the porch again, this time seated at the table with my computer. We’ve had this black wrought iron patio set forever, over thirty years. We sold our 1973 yellow Ford Explorer to the owner of a furniture store. We asked $2400. When he came to inspect the vehicle, he glanced out back and told us we needed a patio set. Said he’d give us $2000 and a patio set.

Anyway, I’m trying to write, but I’m distracted by the screech of a hawk somewhere in the trees across the road. I scootch my chair back, hurry down the gray steps into the gravel drive, shield my eyes and scan the wilting tree line.

But there’s a commotion behind me as a flock of twittering barn swallows swoop and dive and circle the garage, skim the bowing cornfield and return to start all over. I run back up to the table and grab my camera. Though I can almost touch them as they fly past the white porch rail, they’re just too fast. All I get is mostly pictures of blue-not-a-cloud sky. 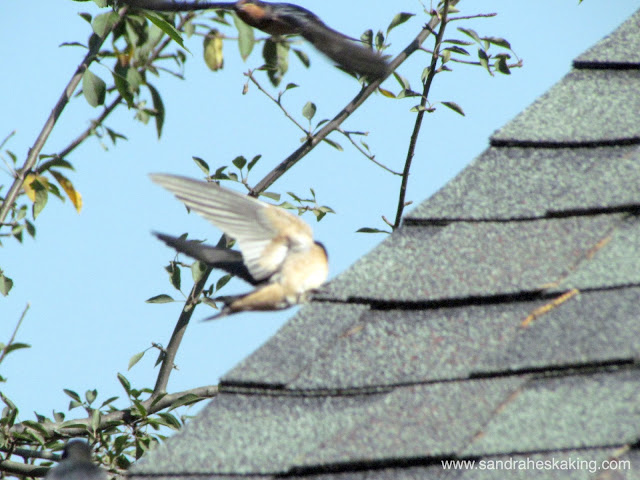 I sense motion in the top of the wilting crabapple, and turn my focus up. I think I see a blue jay and snap a few photos before it flies off. 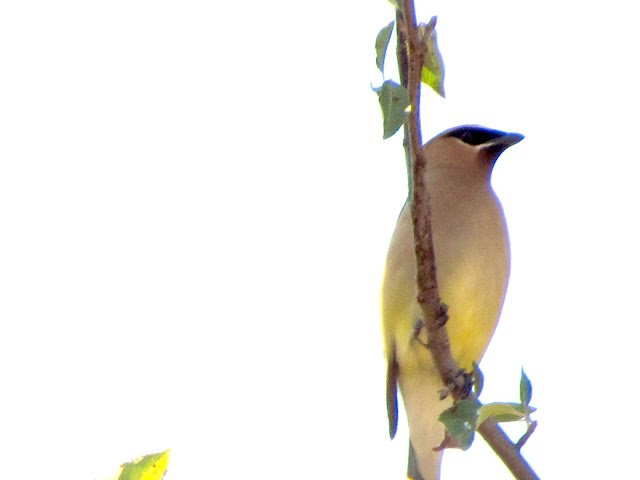 It’s not a blue jay. It’s a cedar waxwing! A female, I think. The first I’ve ever seen around here.

I wish I’d had my camera earlier when I took Grace to the sitter’s. She goes a couple days a week during the summer to swim and hang with friends. It’s her second family.

Anyway, we surprised a vulture tableside in the middle-of-the-road. It lifted off heavily, and we watched it climb and catch a draft. We talked about how cool it was that God thought to make things like scavengers and how important they are in keeping His world beautiful.

Grace went inside, and as I turned the Journey back down the long drive, I saw the vulture had been joined by a much smaller bird. I saw a hint of red, so I guessed a redwing blackbird. Not much bigger than the vulture’s head, it appeared to attack, seemed to peck at the vulture’s wing. No matter which way Big Black veered, Little Red was right on its tail, closed in for a peck.

I wondered what the story was.

Finally I turned right out of the drive and noticed a man on the other side of the road, head down, chin practically to chest. I’m not sure what he was doing, maybe watering some flowers? But I wanted to roll down my window and scream, “Look up! Look up! There’s drama in the skies, and you’re missing it!”

I wondered briefly if something had caught his attention. Maybe a hummingbird moth or a yellow tiger swallowtail butterfly, something closer to the ground.

Then I giggled because I had a vision of shrunken kids and wondered what drama might be playing out between the blades of grass, right under his feet, maybe even between his bare toes. 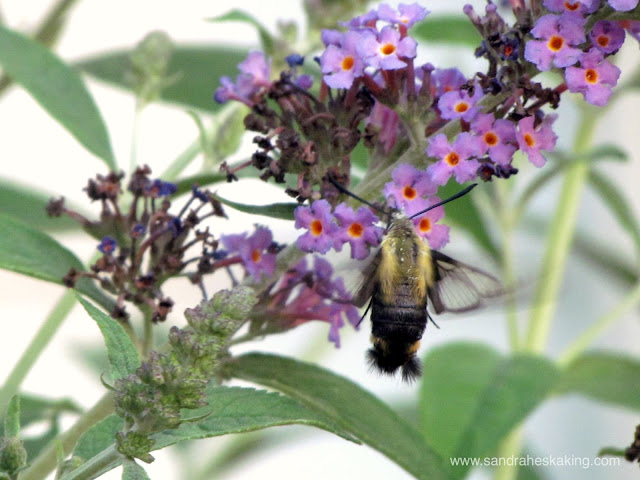 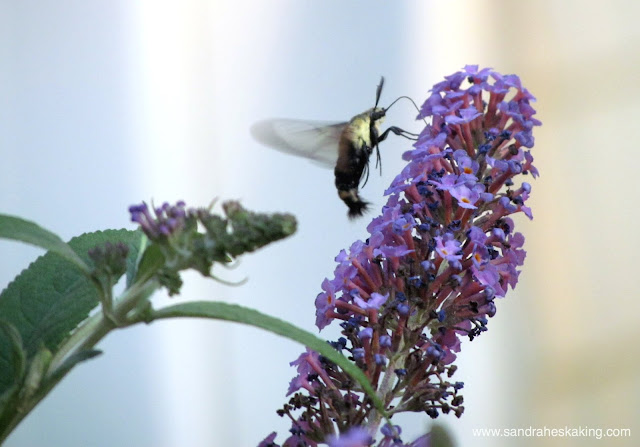 The swallows have moved on now. The hawk is silent. I go back to the table, tap the space bar to bring my screen back up, and take a long drink of iced tea (unsweetened.)

But I keep my eyes open, and my ears cocked because even the air quivers with anticipation of the next act. Anything could walk on stage from the right or from the left, and I don’t want to doze off and miss it. There are no re-runs. Each day, each moment, brims with its own beauty.

Somewhere in my yard, a single flower petal unfurls, a dragonfly perches on a leaf, a fluffy feather falls. 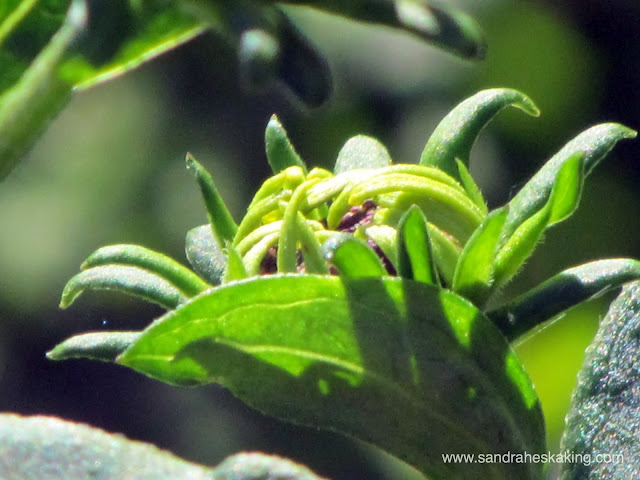 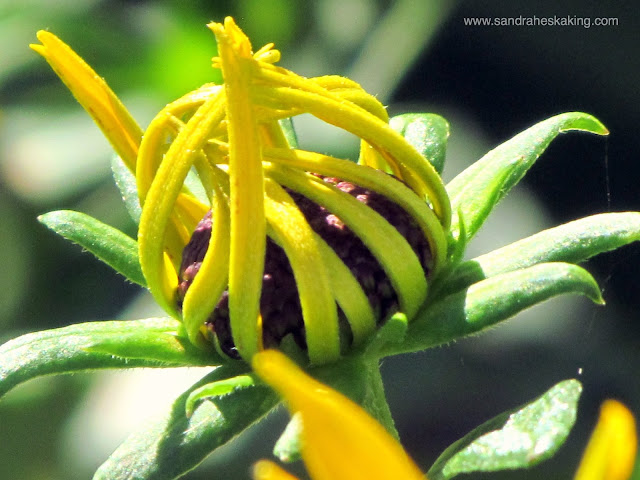 I read the words of Job’s friend (Job 35:11) who said, “God sets out the entire creation as a science classroom, using birds and beasts to teach wisdom.”