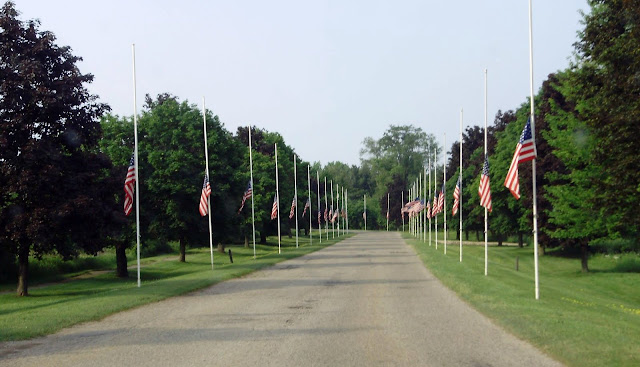 Today we remember those who serve and sacrifice.

My father tried to get into every branch of service during WWII, but was unable to because of his congenital nystagmus.

(If he had been, would he have married my mother? Would there have been a me?) He was accepted as a Civil Air Patrol Cadet at home.

My uncle, my mother’s brother, served in the Navy during WWII, and her great-uncle was killed in France during WWI.

My brother was a member of the Air Force in the 1970’s and served in the States.

My husband’s Uncle Bob Ladd (Lt Col) served with the Air Force in World War II and Korea as a bombardier/navigator. He also served in Vietnam and the Pentagon.

His Uncle Kenneth served as a pharmacist’s mate aboard a Navy battleship in World War II. Because “loose lips sink ships,” he wrote that his ship had “as many guns as the Shumaker’s have kids.” That meant a dozen.

His Great Uncle Irvin served in the Army in World War I. He was killed in France, the first young man in our county to die in the war–the battle of Meuse in September of 1918. He was a liaison, or runner, and the news arrived that he had “just delivered an important message to the officers in command at the extreme front and while there saw one of his intimate buddies killed and he at once picked up his rifle and began to fire into the Huns and while he was thus engaged, outside his line of duty, he was shot and instantly killed.”

His body did not arrive home until 3 years later. His funeral took place in 1921. The wheel horses in the picture below were King horses. 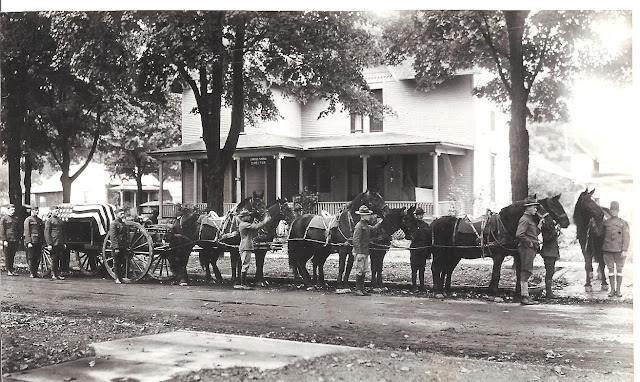