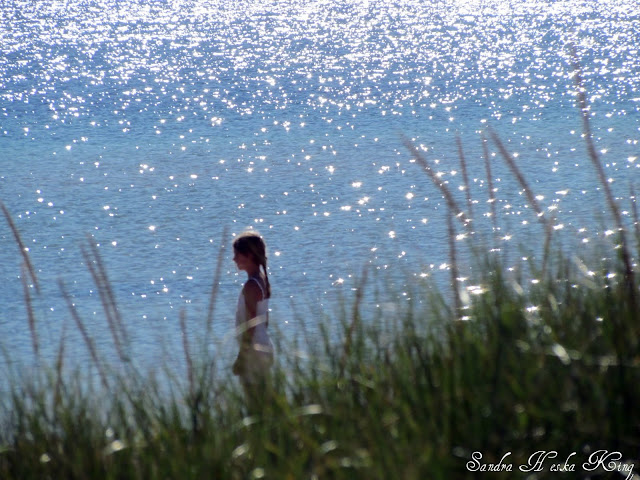 The AT&T technician came yesterday morning–yes, a Sunday–to fix our DSL. We kept losing our connection.

By the time he left, it was too late to make it to church 20 miles away. I really wanted to go because I’d hardly been in the last few weeks–no, months, what with being gone so much.

But we had time, with time to spare, to make it into town just five miles away.

To the church my husband grew up in.

Where his mom elbowed his dad in the ribs many times during a sermon.

The one we used to go to when we first moved home from Georgia.

Where I learned to play bells and spoke at my first women’s retreat.

Where my daughter was Mary in the Christmas play.

Where we’ve since lost connections with so many.

Like Phil. My husband went to school with him. We didn’t know he’d had a stroke. This was his first day back to church in weeks.

Dennis remembers the evening Phil had just come home from a trip out east. Dennis mentioned on the phone that we had lost our power, and Phil was ready to jump back in his car and run to the store, after already driving 600 miles or so that day, to bring us flashlights or candles or whatever we needed.

We’d never even have thought of that.

But Phil is like that. Always thinks of others first.

Julia was there. We remember taking the kids out to pick corn at their farm. She remembered me singing a solo–and assured me it was a good memory. I think she was just being nice.

Another lady remembers a turnaround in her life that she attributes to my prayers. We didn’t know she’d lost her husband a couple of years ago. We didn’t know he’d taken his own life.

This is the church where Dennis remembers Mr. Saums giving the Sunday School kids a piece of gum and telling them, “This will give you something to do with your mouths while I run mine.”

We’ve lost so many connections.

Today they started a new series called “Memories of Sunday School,” with plans to discuss a familiar Bible character each week–using flannel graphs, juice and cookies, Sunday School songs, and even Bible drills.

I wonder if the pastor will pass out gum.

Anyway, today he talked about Noah. And how he got the call to build a boat in the middle of the desert.

Noah, not the pastor.

Because Noah had connections.

He was righteous and blameless and walked with God.

Nobody else did. Their connections were corrupt.

And so Noah, almost 600 years old, picked up a saw and climbed ladders and pounded nails on a timetable. In preparation for a coming storm. Persisting in a sea of laughter and ridicule.

And then he and his family and all those animals went inside.

And God Himself shut them in..

I wonder if those on the outside reconsidered their own connections once it was too late, as the rain fell and the boat rose toward heaven.

God kept Noah and his family safe in the ark because He’d found Noah righteous.

Those who chose to break connections died.

The pastor suggested that discontent causes people to turn to evil.

But now I’m a little sidetracked.

Maybe discontent also causes us to break connections that matter.

I’m still thinking on this.

Noah was a righteous man, blameless among the people of his time, and he walked faithfully with God. ~Genesis 6:9 (NIV)