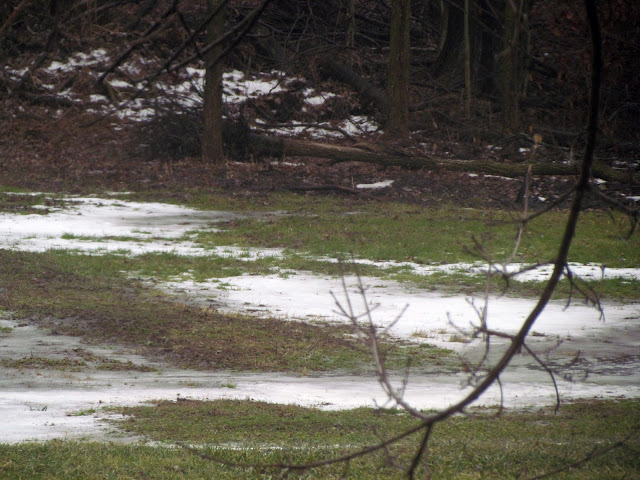 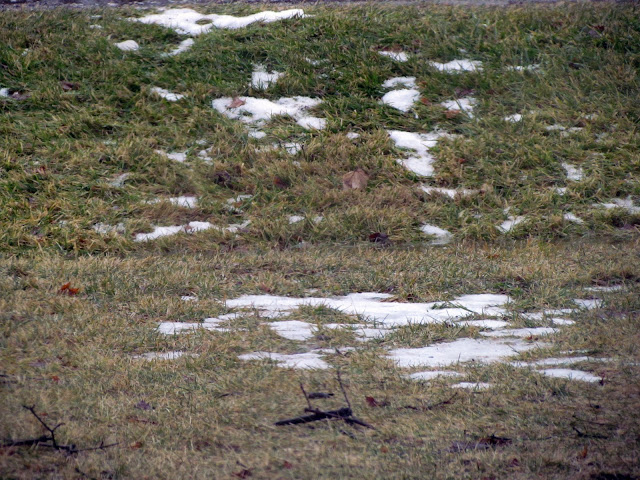 The rain’s shredded the white and left only scraps.

The birds flock to the feeder, smother it.

They dance on bare limbs.

It’s easier to see them in winter.

I suspect a lot of things become more clear in winter.

I’ve got work to do, but I’d rather be here.

In front of the window. 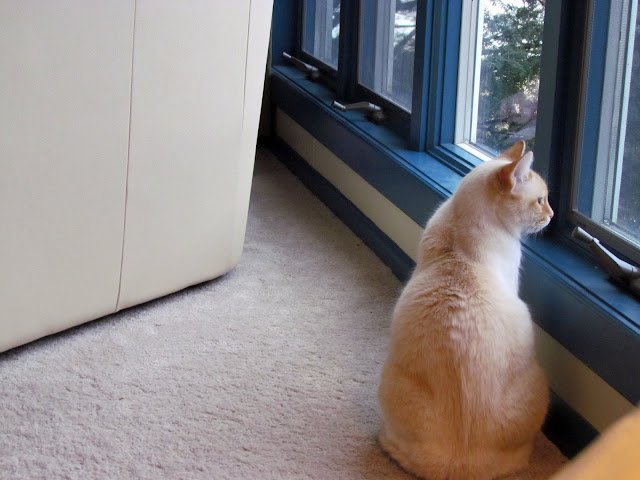 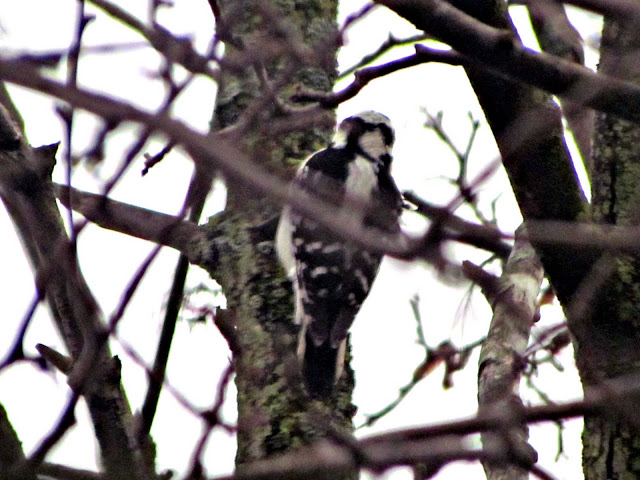 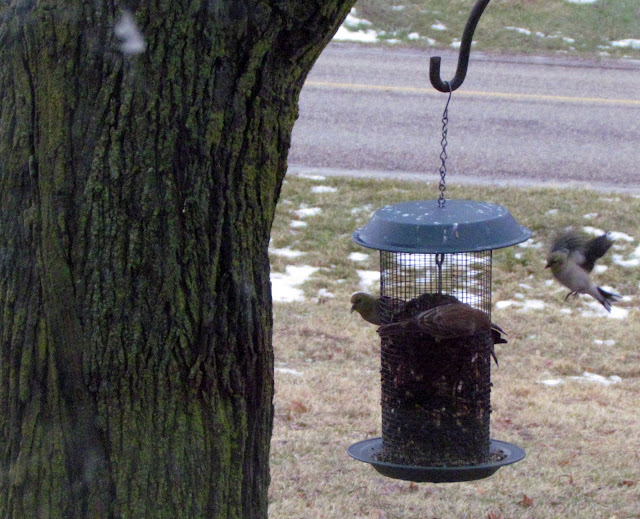 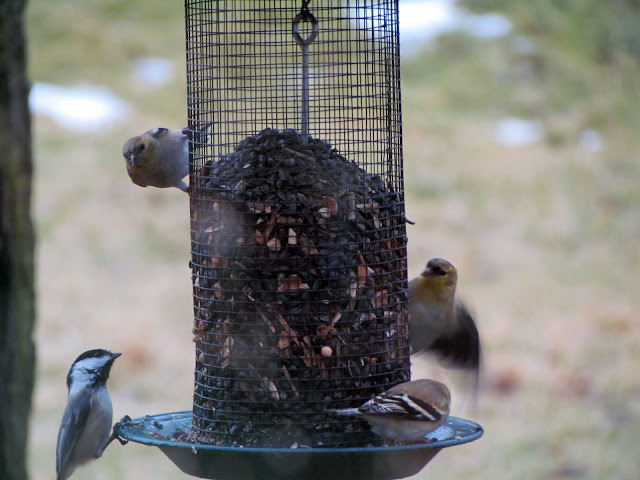 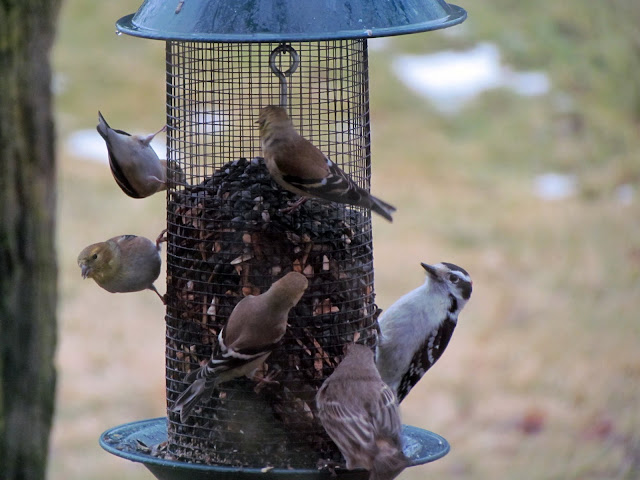 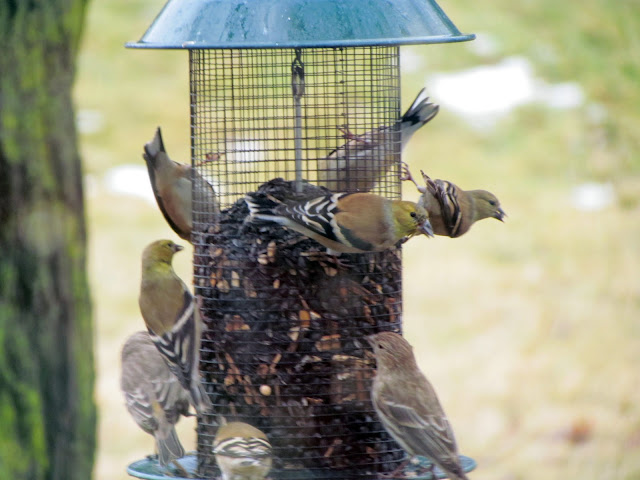 The Dora blanket’s plopped on the back of the chair.

The MegaBlok wheeled base is right where it was on Friday. Or maybe it was Thursday.

Grace’s pajamas still rest on the couch, next to a belly-sprawled Tickle Me Elmo.

The green suitcase is over by the bookcase. It’s been traveling around the living room since must-have-been-September, still stuffed with writing stuff from the ACFW conference and Laity Lodge. I’ve been meaning to go through it.

I’m sitting next to Grace’s shorts and T-shirt from Friday’s practice, a dish towel (dish towel?), an orange envelope dotted with word droppings and the beginning of a poem, Jesus Calling (upside down), an old church directory (no, two–from different churches), a pair of Lillee socks, and a “legacy residential history” that Dennis printed from some site that shows our every address (all nine) and dates we lived there from the day we married.

I’ve propped my feet up on the footstool, careful not to spill the Darjeeling that rests on Dr. Seuss’s You’re Only Old Once. There’s the Droid and yesterday’s sermon notes. 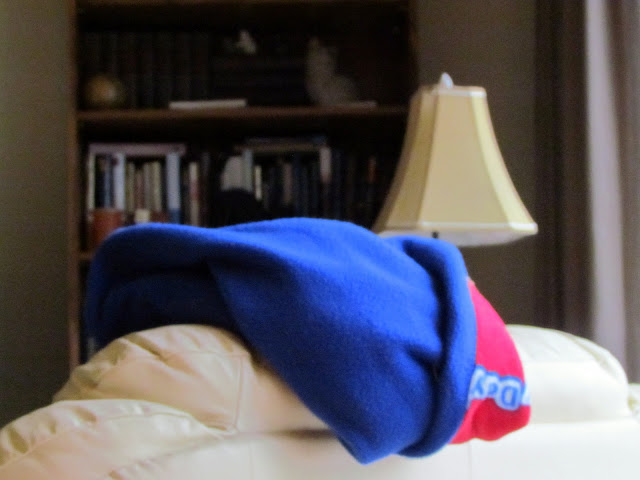 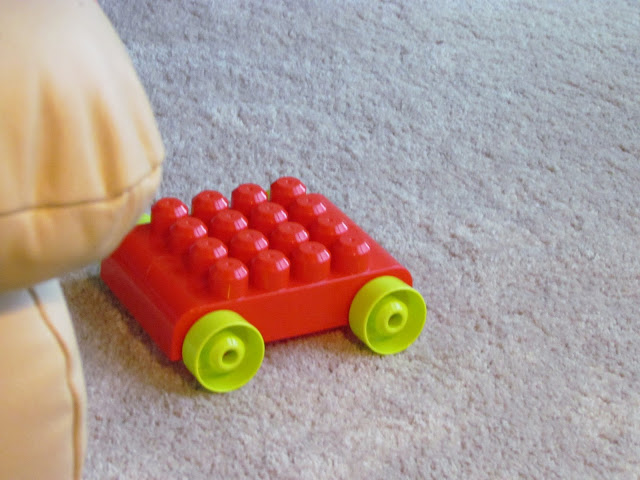 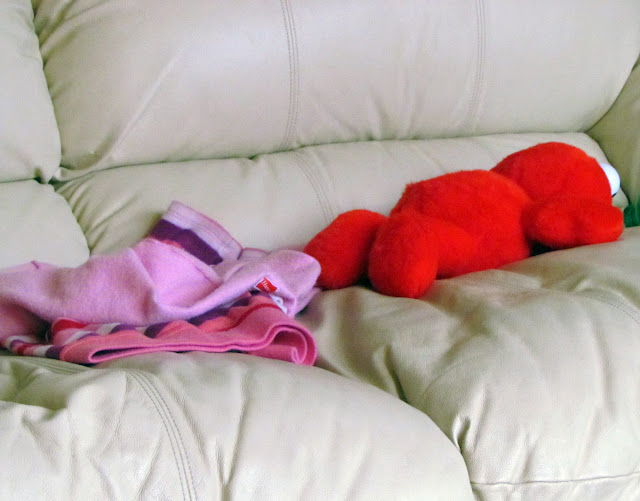 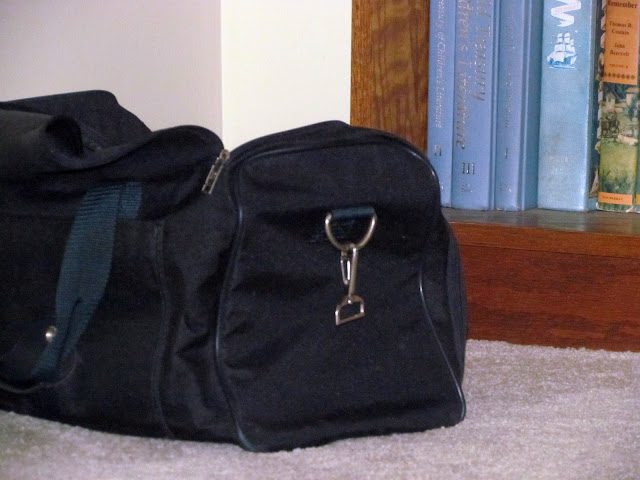 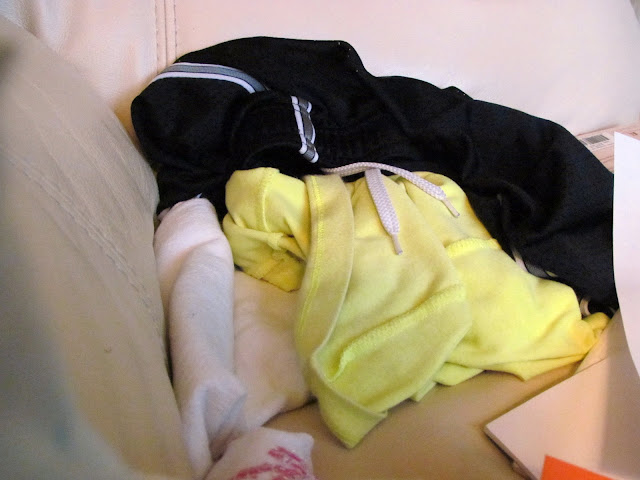 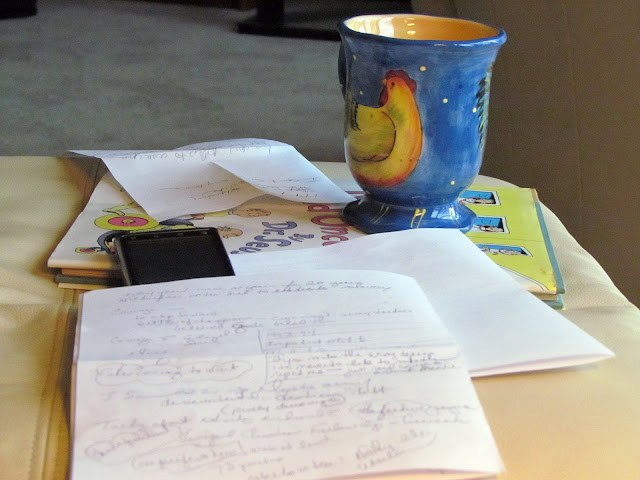 It took courage to persist while waiting on God’s timing.

I took notes from the movie we saw at church last night, too. Amazing Grace. I’d seen it before.

In the movie, Wilburforce would have preferred to watch birds and marvel at spider webs. But he was called to fight a giant. And every year for about 20 years, he introduced a bill to outlaw slavery in England.

It took courage to persist while waiting on God’s timing.

I never thought about that kind of courage.

I see it out of the corner of my left eye at the same time it hits the window.

And I know it’s back.

I leave (!) my camera on the couch while I hurry to the kitchen.

The hawk is rustling in the shrub where I suspect a smaller bird or two have dived for cover.

Then he flies up and perches right there on the edge of the bird bath–all brown and white and bold.

Almost close enough to reach out and touch.

I’d have missed it if I’d been in the basement folding clothes. 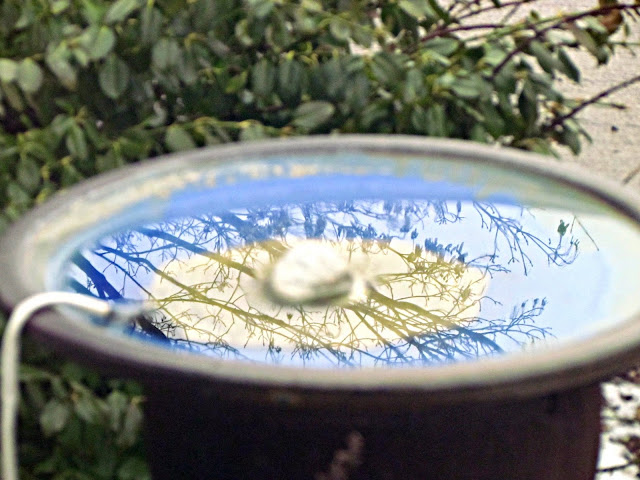 It’s God. I have 10,000 engagements of state today but I would prefer to spend the day out here getting a wet arse, studying dandelions and marveling at… bloody spider webs.” ~William Wilberforce in Amazing Grace

I waited and waited and waited for God. At last he looked; finally he listened. He lifted me out of the ditch, pulled me from deep mud. He stood me up on a solid rock to make sure I wouldn’t slip. He taught me how to sing the latest God-song, a praise-song to our God. More and more people are seeing this: they enter the mystery, abandoning themselves to God. ~Psalm 40:1-3 (Message)