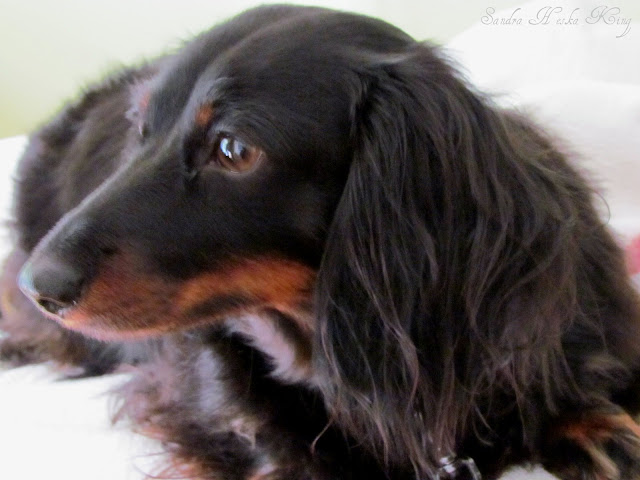 We’ve been taking a lot of walks down memory lane.

Like yesterday when a volunteer brought Casey to visit.

It got us talking about our own dog.

The one my dad brought home one day, the last left of a litter that some vet was giving away.

His mother was a Lassie dog. The puppy was black and white.

My mom peered all slanty-eyed into that big cardboard box.

“What are we going to do with that useless thing?”

The dog was quite protective of us kids. Dad once tried to swat my brother on the behind, but Useless grabbed his wrist.

My dad remembered the day when we kids were home alone, and some man drove in the driveway and “got nasty” with us.

Useless jumped up on his car and left scratches down the side of his door.

The man later called my dad and told him he was going to sue. Dad told him to go ahead. And never heard from him again.

Then there was the time Useless ignored the rules.

He took off past the kitchen boundary line and down the hall, whining and sniffing at every door until he stopped at my sister’s.

Where my parents discovered she had vomited all over her bed.

From that time on, Useless was allowed the run of the house.

Until shortly after we moved to town, and the three-year-old next door squealed when the neighbor picked him up.

Useless went after the neighbor, though my parents were able to stop him.

That was the day they decided to give him away to a farmer.

I remember that he died shortly of a broken heart.

My dad says my memory is wrong. 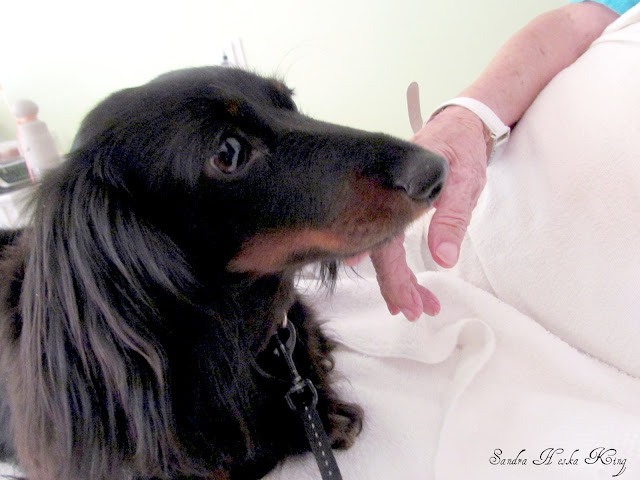