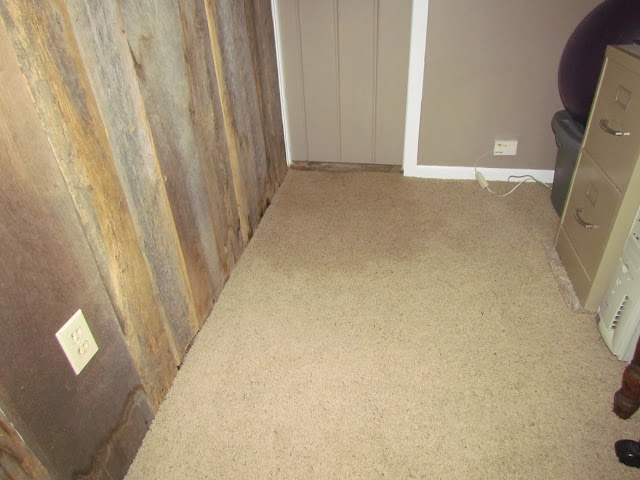 “We have a problem.”

I hate those words.

The problem first showed itself in my husband’s basement office, which adjoins the “water softener room.”

But that wasn’t the origin.

It came from the room that adjoins the water softener room–the “furnace room.” It’s not really the furnace room. Only the fuel oil tank is there, along with room for storage. It used to be the coal room. My husband says a truck would drive up and dump coal down a chute, and then his parents would shovel it into a hopper.

One of our sump pumps is in here.

And the carpet in the room we now call the playroom went squish, squish. 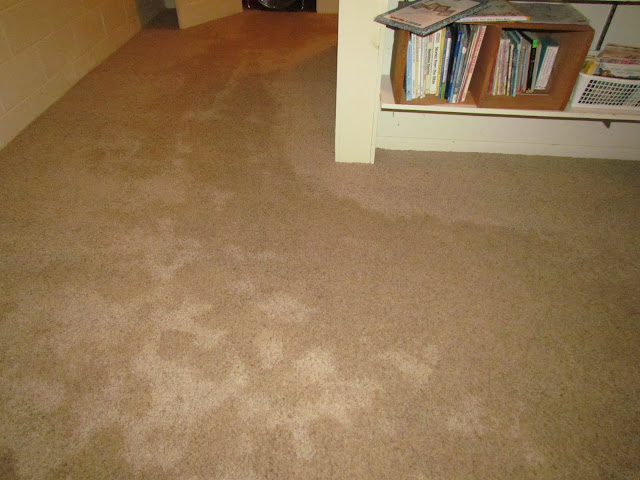 The furnace is actually in this room, which used to be my father-in-law’s “office” where he worked on his antique clocks. We’ve built a little half wall around the furnace, and that leaves the rest of the room available for a toy kitchen and a craft table and children’s books and doll carriages and Brio train pieces.

But I’m off track again. 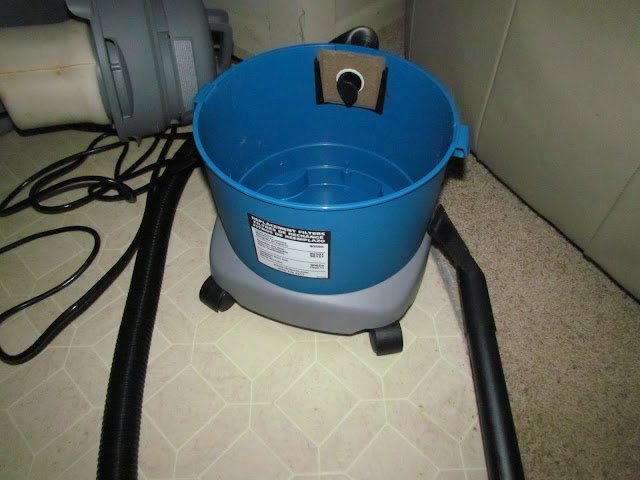 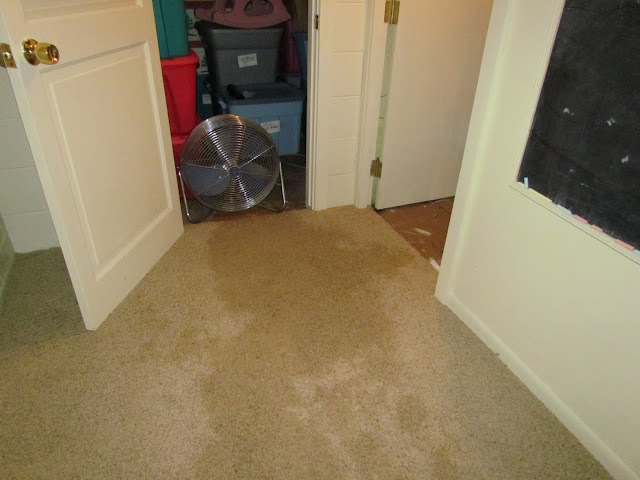 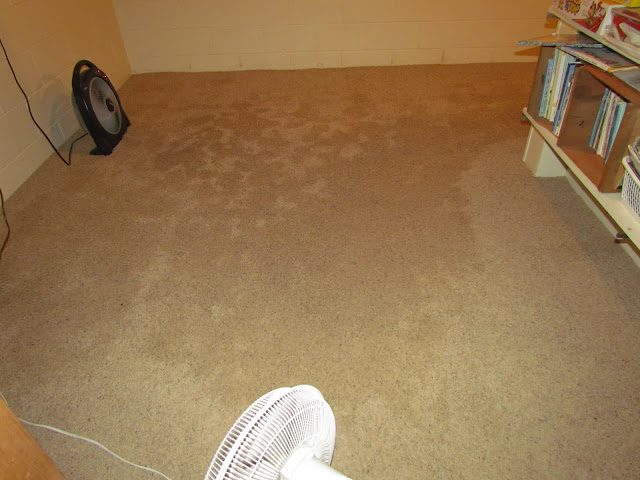 “Um, don’t we have insurance for this?” I asked. “And I don’t have time to soak and squeeze. I have things to do–like sit in the yard. And write.”

So my husband called Servepro–who ripped up the carpet and hauled the pad out. They brought in the big boy fans and a dehumidifier that ran for two days.

Constant noise that made us wonder if the house would rocket into space.

And they promised me that the horrible smell was only wet carpet from the failed sump pump and not from a cat’s baptism.

While they were here, they also treated a corner in another room where the mold and mildew had shown up on the wall again. More carpet torn up. More pad removed.

Another area we had tried to handle by ourselves.

Except I think my husband’s plan of dropping a small pump into sump pump #1 and stretching a hose to sump pump #2 and manually pumping every few hours was pretty creative.

Anyway, now the dry areas are all a-clutter as we wait for the carpet people to come measure for new pad. Then the Servepro people will come back to clean the carpet to see if we can salvage it.

But the smell is gone.

And the sump pump’s been replaced.

And we learned–again–that  you just can’t come clean by dealing with a problem on the surface.

And sometimes, you need to call in a professional.

You’re hopeless, you religion scholars and Pharisees! Frauds! You burnish the surface of your cups and bowls so they sparkle in the sun, while the insides are maggoty with your greed and gluttony. Stupid Pharisee! Scour the insides, and then the gleaming surface will mean something.

You’re hopeless, you religion scholars and Pharisees! Frauds! You’re like manicured grave plots, grass clipped and the flowers bright, but six feet down it’s all rotting bones and worm-eaten flesh. People look at you and think you’re saints, but beneath the skin you’re total frauds. ~Matthew 25:25-27 (Message)