History is a cyclic poem written by time upon the memories of man. ~Percy Bysshe Shelley

I requested The American Patriot’s Almanac to review before Christmas.

But my husband–who loves history–snagged it, and I had to wrestle it back.

This book is a collection of daily bite-sized readings on America by William J. Bennett and John T.E. Cribb. It’s dedicated “to the families of the American soldier, families, who for love of country, have sacrificed in countless ways.”

It’s filled with historical anecdotes and stories of those who helped form this country, and as a result, each one of us who call it home.

For instance, I learned about Mary Edwards Walker (September 20), one of America’s first female doctors, who insisted on wearing pants instead of dresses and volunteered as a  field surgeon near the battle lines during the Civil War. She requested commission as an officer but was turned down because she was a woman. She was captured and served four months as a prisoner and was eventually awarded the Medal of Honor, which was rescinded (although she refused to give it back), and then restored in 1977. At the time of the writing, she remained the sole female recipient of that honor.

At the bottom of that page, as on every page, there’s an “American History Parade,” that lists various events that occurred on that date over the years.

The book includes other items of interest, such as Fifty American Quotes, Fifty All-American Movies, Songs of the American Revolution, Poems of American Patriotism, Prayers for the American People, and the texts of various historical documents.

All in one place.

Over and over again, we have shown an almost uniquely American capacity for self-renewal. We are constantly reinventing ourselves. The United States Constitution itself was an act of renewal. When the old Articles of Confederation proved inadequate, the founders in a burst of genius came up with a much greater and more enduring plan.

“Always the path of American destiny has been into the unknown,” the poet Carl Sandburg observed. “Always there arose enough of reserves of strength, balances of sanity, portions of wisdom to carry the nation through to a fresh start with ever-renewing vitality.”

As daunting as they may seem, the problems we face today are certainly no greater than those met by Americans in 1776, or in Lincoln’s time, or during the Great Depression. Every age brings its own hopes and fears. If the stories in this book are any indication, we will again rise to the occasion. ~Preface

This inspirational (and informative) book has renewed, is renewing, my joy for the privilege and blessing of living in this land. 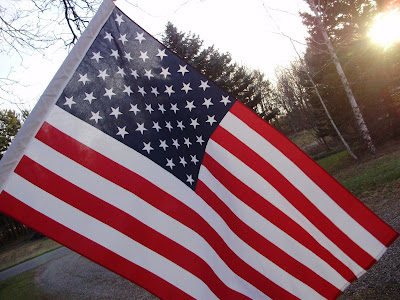 I have been driven many times upon my knees by the overwhelming conviction that I had nowhere else to go. My own wisdom, and that of all about me, seemed insufficient for that day. ~Abraham Lincoln

NOTE: Disclosure of Material Connection: I received this book free from Thomas Nelson Publishers as part of their BookSneeze.com book review bloggers program. I was not required to write a positive review. The opinions I have expressed are my own. I am disclosing this in accordance with the Federal Trade Commission’s 16 CFR, Part 255 “Guides Concerning the Use of Endorsements and Testimonials in Advertising.”