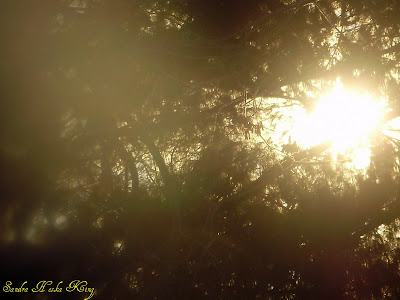 There he was, a powerful pawn, on his way to Damascus, engrossed in the game of Persecute the Christian, when a blast of light knocked Paul to his knees.

Blinded by glory, he began to see, and the whole game changed.

“That day, Saul became Paul, one of the the most significant communicators of Christianity. That day, the game changed. Paul revolutionized the world in which he lived. He didn’t use warfare or weapons; he used words. He influenced popular culture one word, one letter, one sermon, one prayer, and one community at a time.” ~@stickyJesus

Paul spilled the light through his own fractured life–through words from the Word.

He had truth, and He had a story, and he was compelled to share it despite the cost.

He could not know how far his prison-penned, hand-carried words would spread or how long they would last.

He still shares the light with us almost 2000 years later.

“Just as Paul’s letters and sermons became the communication channels that God used to change the culture, the Internet is our channel today that could change the game–eternally–for countless people . . . Do we really get that?” ~@stickyJesus

We carry the light in cracked clay, in fractured vessels through which it can shine.

We have no way to know who will be encouraged or motivated or changed through our words–today or years from now.

He calls us to be game changers.

He calls us to share the light He’s given us.

And if we don’t, we in a sense contribute to the darkness.

He can cause our whispers to rise above the social network din.

To change the game by speaking His name.

“I’ve called you to change the game for my glory.” ~@stickyJesus.

Words once chiseled in stone, scratched in parchment, tapped on a telegraph, printed on paper, or spoken into a phone now fly through cyberspace in an instant.

And we are here–for such a time as this.

“This, in essence, is the message we heard from Christ and are passing on to you: God is light, pure light; there’s not a trace of darkness in him.” ~I John 1:5 (Message)

Joining Michelle Sarabia and others as we walk through this book together.