With Mona, our first lab, it was pretty much a no-brainer. She had  hip dysplasia and was in obvious pain. 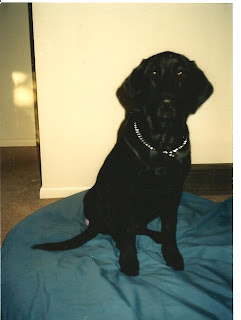 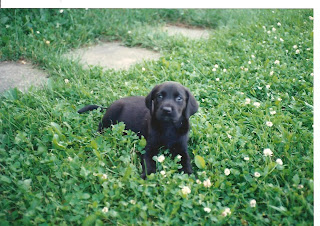 She was a great dog. After she quit digging under the fence. She treed a woodchuck once. And caught a pheasant in the backyard. She loved water.

She survived parvovirus, a whole pound of raw bacon, and Abby’s chocolate birthday cake. Though we found sprinkles in the yard for weeks.

And one day I found her in a puddle of piddle. Congestive heart failure. She pulled through that, too.

But died at the vet’s while we were on a cruise. She was ten.

Rose was a wild thing when we brought her home. Three years old. Product of a broken marriage and returned to the breeder. She needed us. 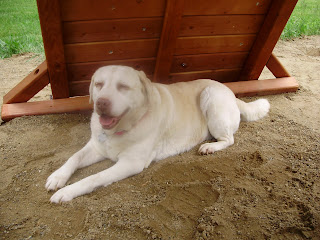 But she recovered from that.

She hates water. And in the last few years had to lie down during short walks. So we don’t walk her any more.

She’ll be eleven in October.

She limps. A lot.

She scratches. A lot.

She whines. A lot.

She goes off her food. Sometimes.

And she seems fine enough. Once in a while.

She sleeps a lot.

She seems happiest when she’s asleep. 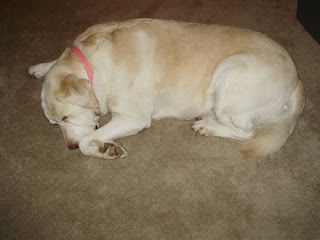 How does one know–really know–when it’s time to say goodbye? When it’s more about love and relief of suffering than your inconvenience?

Messy carpets. Hair all over. The expense.

I wish I was Dr. Doolittle.

We’ve talked about it. Dennis called the vet for advice yesterday. He was in surgery, but hubby talked to one of the gals in the office who made an appointment for Saturday. For euthanasia.

But we’re having second thoughts.

I prayed about it last night. Asked for some kind of sign.

She didn’t get up to go out as early as usual this morning. She hasn’t eaten all day. She’s been vomiting all day.

Making this kind of decision is for the dogs.

Have you ever had to do it?

“One reason a dog is such a lovable creature is his tail wags instead of his tongue.” ~Unknown