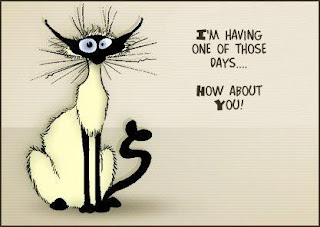 Abby does not have a guardian angel.

She has several. And they work in shifts. And with limited assignments. Guarding her creates too much stress. Even for an angel.

I wonder if heaven houses a golden spa. A place where a frazzled angel goes for feathicures, herbal halo wraps, purifying mud masks, or milk and honey massages.

If so, the place was busy Saturday morning.

My heart usually skips a beat when I see Abby’s name on my caller I.D. She doesn’t often call just to ask how I am or tell me she’s thinking about me. It’s usually to make a request or share a piece of drama.

I didn’t have to decipher the tone of voice. It was frantic.

Moms hate those kinds of calls.

And after reassurance that she was not hurt, I did what any good mom would do. I dumped on my Facebook and Twitter angels and called on them for prayer.

And they came through for Abby, for the others involved in the wreck, for Gracee and me as we waited because going to the scene was not a good option.

Here is what happened.

Abby was driving north on the highway in her Saturn Ion on an nasty road, going about 45. A semi passed her. A Jeep entered from the ramp. The Jeep must have accelerated too quickly on ice as it pulled in front of Abby. The driver lost control, swerved into the left lane where the semi clipped the front end. The semi lost control, hit the bridge, and the trailer overturned. The Jeep spun out, and Abby hit it. The highway there, just a couple miles from home, was closed for hours. The EMTs took the Jeep occupants to the ER with, hopefully, minor injuries.

The officer at the scene did not believe Abby’s car sustained damage, but light proved otherwise.

Yet we are grateful that she, baby in the oven, and father-to-be escaped injury.

After everyone’s nerves calmed, we contemplated the “what ifs.”

What if Abby and Lee had chosen to stay in and watch satellite movies?

What if Abby and Lee had chosen to enjoy a dinner locally instead of heading toward Lansing?

What if Lee hadn’t taken extra time to shovel some extra heavy snow?

What if they hadn’t left Abby’s house at the time they had or if she hadn’t driven the speed she did?

Would the Jeep still have entered the highway at the same time?

Would the semi have been traveling the same speed–but only in the right lane?

Would the semi have broadsided the Jeep with fatal consequences?

Did Abby serve as a buffer to tragedy?

But one thing I know for certain.

God is in control.

And one thing I wonder.

Were frazzled angels crowding into the Golden Spa on Saturday morning?

“He will command His angels concerning you to guard you in all your ways.” ~Psalm 91:11
Have you ever had any close calls? Have you been able to see God’s protection in retrospect?
Copyright © 2010 by Sandra Heska King