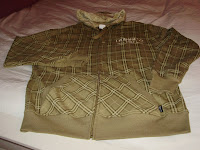 I didn’t know. Seriously. I bought a sweatshirt at a harp festival. It was oversized and warm and had harps on it. I tried to find out what a Guinness harp was. No luck. 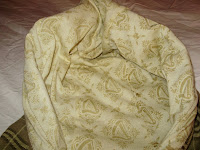 I wore the shirt everywhere. My daughter asked me why I was advertising beer.

And then I heard of this book–The Search for God and Guinness by Stephen Mansfield.

God and beer? And harps? Of course, I had to read it, even though I don’t much care for beer.

He believed he heard God speak, “Make a drink that men will drink that will be good for them.”

This is a deeply researched book and far from a fast read, but I learned much–such as the history of beer in general and Guinness stout in particular. I learned about health aspects of beer and that “beer, well respected and rightly consumed, can be a gift of God.” The book transported me back into Irish history, including into the middle of the potato famine devastation.

I learned how a company reached out to the working poor, the sick, the helpless, and the hopeless. Employee benefits during the 1920s were unparalleled. Companies of today should take note.

I also discovered a family of deep faith and strong bonds, a family who came together in good times and in bad. I learned that Luther, Calvin, Edwards, and the Wesleys had what some might consider surprising attitudes toward alcohol. And I learned that Henry Grattan Guinness, Arthur’s grandson, has been called the Billy Graham of the nineteenth century. And that Hudson Taylor was also a “part of the Guinness story.”

And now I’m content that when I wear my sweatshirt, I’m not just advertising beer. I’m also advertising God. 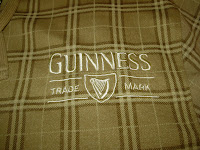 NOTE: Disclosure of Material Connection: I received this book free from Thomas Nelson Publishers as part of their BookSneeze.com book review bloggers program. I was not required to write a positive review. The opinions I have expressed are my own. I am disclosing this in accordance with the Federal Trade Commission’s 16 CFR, Part 255 <http://www.access.gpo.gov/nara/cfr/waisidx_03/16cfr255_03.html> : “Guides Concerning the Use of Endorsements and Testimonials in Advertising.”