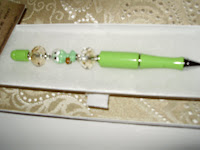 I missed out on a late-night conversation during the holidays. My sister apparently told my daughter and niece that I am a woman of many interests. That I throw myself into something and then abandon it when something else grabs my attention.

That might just have been a nice way of describing me as fickle. But then she told them that I always came back to writing.

She’s got that straight. Sisters are smart like that. Especially younger and wiser ones. She reads me.

But it always comes back to writing. And reading, too. The pursuit of words. Tasting and tumbling sounds and syllables. Delighting in the perfect phrase. Making music with the alphabet. A passionate pursuit in the midst of pursuits.

I can’t remember not writing in some form.

I loved Bambi so much that I brought the book home from the school library and attempted to copy it with a pencil.

I wrote long letters to my aunt who was a cloistered nun. Some were in journal form inspired by Jo from the Little Women.

Once I wrote a Nancy Drew type story where I was the heroine and captured bad guys down by the lake. I sent it to a local newspaper, just like Jo. It came back with a written rejection, and I burned both.

My parents took me to a Tigers game when I graduated from eighth grade. I wrote a poem about the game (the Tigers beat the Yankees) and sent it to George Kell and Ernie Harwell along with an autograph book. I don’t know what they did with the poem. They didn’t return it. But they did return the autograph book, and every player had signed it, including Al Kaline. A couple years later, I decided that was childish. And I burned it.

In the 80’s I took a writing course through the Christian Writer’s Institute with Esther Vogt as my instructor. I went to a CWI conference and started to submit articles. Some were actually accepted, and I made a little money. I wrote and edited a church newsletter.

During this time, I also dug deep in the Word, inductively, and led Precept classes. I taught. I spoke. I overcommitted to good stuff.

And then near total burnout. Overwhelmed. Living life in frantic fragments with a blurred focus. I was tempermental and moody.

And restless with a deep desire to have my time, my work, my life, stamped with eternity.

I quit my job to regain my balance. I began to dig out of the rubble.

Dorothea Brande in her book, Becoming a Writer, says of a writer that “the moods and tempers, when they actually exist, are symptoms of the artist’s personality gone wrong–running off into waste effort and emotional exhaustion.”

Ms. Brande also talks about arranging “affairs and relations so that they help you instead of hinder you on your way toward the goal you have chosen.”

Or that was chosen for me?

At any rate, once I started the decluttering of heart, home, and head, I began to hear more clearly. A whisper. A faint rumble. A call. The call. Passion reawakened.

The right pursuit. The write pursuit. Placed in my heart by the One whom I pursue. With Whom I want to be right.

So today I spin this blog off Beholding God, which I started late last summer. That one simmered with an eclectic flavor. But now it will be mostly devotional and personal.

I hope The Write Pursuit will appeal to readers and writers, those also in pursuit of words. I’ll focus on my writing journey, book reviews, author interviews, maybe some guest blogs, and writing tips as I learn them.

P.S. The pen above is a bookworm pen, a Christmas gift from my sister. The perfect gift for a reader/writer. You can find it and others here.